Did you know that today is Census Day? Yes, I’m aware that it’s also April Fool’s Day although I would propose to you that not many people are in a pranksterish sort of mood at the moment. Most of the usual suspects – Google, for example – have foregone their annual pranks in recognition of the times we’re in. Good job, folks, especially since if last year you had sent around pieces describing how in a year we’re all locked up at home with most businesses either closed or severely affected, you’d be accused of going beyond what’s believable for a joke. 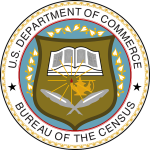 Anyway, have you filled out your census? It is actually the law, you know. More than that, it’s massively important since the census determines how many representatives each state gets in Congress and is used by the federal government to decide how much money to spend on key infrastructure, including roads, hospitals, and schools. You can do it online for the first time. It takes about 5 minutes. If you’ve not completed your form, go ahead and do so.  I’ll wait.

The census is one of the smart things the Founders did when the wrote out the rules by which this country was going to be governed. I look at it as a reality check combined with forced planning. When you think about it, having to adjust reality based on facts is critical to any organization, especially one that claims to represent each and every one of us. It’s not just the government that needs to stop, count, and rethink either.

If there is one silver lining to the current pandemic, it’s that it’s allowing many of us to take a deep breath (6 feet from anyone, please), think about where we are in our professional lives and where we want to go. I’ve spoken with many people over the last month who are looking into business ownership. Some of them are doing so because they’ve lost their jobs and don’t want to be in that situation again. Others are evaluating it because they see an opportunity. Personally, while I think divorce lawyers and midwives will do very well when this is all over, those businesses aren’t exactly something you can jump into (nor are they franchised). I also think businesses involving cleaning, home repair, and remodeling will all do even better than they did when things were sailing along smoothly. You CAN jump into those and they ARE franchised.

My point here isn’t to get you interested in a franchise. It is to get you to use the time you’ve been given to conduct your own personal census. Heck, even if you’re working a full day from home, you’re not commuting to the office as you might have done. Use that time to take stock of what you want to be doing and how you’re going to get there if it’s not what you’re doing now. If this virus has shown us anything it’s that the world can change in a flash and the more we can control our own situation, the better off we’ll be. Make sense?