We’ve all heard the myth that ostriches bury their heads in the sand, particularly when they’re frightened. 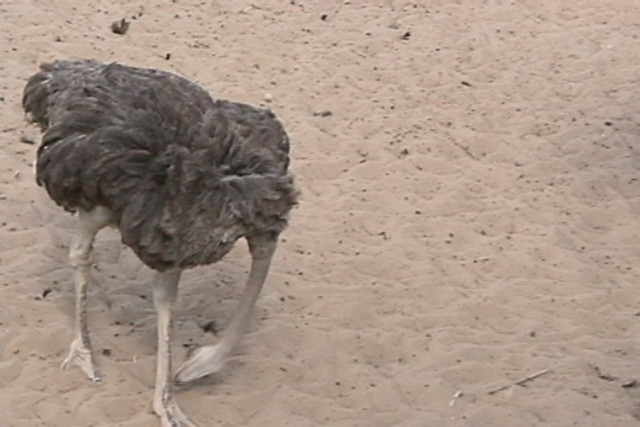 It’s not true (hence a myth) – they’re probably turning some eggs they’ve laid.  We used to have a dog – a bulldog! – that would sort of do the same thing when he was scared or had done something bad.  He would turn his head away from you  – we were 100% sure he believed he was invisible: since he can’t see you, you can’t see him.

Many brands seem to be following a similar strategy when it comes to social media and customer complaints.  A few years ago, Bain Consulting conducted a study that  discovered that while 80% of companies believe they deliver ‘superior’ customer experiences to their customers, just 8% of customers agree.  Who is kidding themselves here?

It’s not an occasional problem.  Another study – this one by Social Media Marketing University – showed that 58.2% of brands receive customer complaints via social media ‘occasionally.’ 10.9%receive them ‘somewhat often’ while 4.9% receive them ‘very often.’  So what do they do, given that surveys reported in news media found that customers expect a response to a complaint posted on a brand’s social media account within one hour?  They pretend they’re invisible.  Is that a bad thing?  You tell me:

And here is the kicker:

This isn’t the only survey that found businesses lacking.  Another one which comes from Sprinklr shows that 20% of companies rarely, if ever, respond to customer complaints made via social. The “ostrich strategy” is about the worst choice a business can make.  Putting your head in the sand doesn’t make the issues go away – it just makes it harder for you to hear them as they get louder and louder.  That’s my take.  Yours?