How About A Bowl Of Sugar?

Foodie Friday, and this week I’m revved up about a food issue which also raises an issue with every business. You are probably aware that there is an epidemic of diabetes in this country. According to the Centers For Disease Control, 1 in 3 adults in this country has pre-diabetes (elevated blood sugar) and over 9% actually have the disease. This incidence is much higher here in the South with some states having well over 11% of the population affected. Having spent a few years here I can tell you that there is a lot of sweet tea and other sugar-added foods sold everywhere. 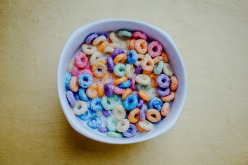 What’s got me off on this rant today is what I would call yet another nail in the coffin of those who will contract the disease. Apparently, some genius at Post Cereals felt it would be a good idea to make a cereal named after Sour Patch Kids, a candy. I guess we can commend them for dropping all pretense for most breakfast cereals being anything other than candy and just calling it what it is. You think I’m hyperbolizing? You can literally pour a bowl of some breakfast cereals and half of what you pour is pure sugar. Golden Crips cereal (called Sugar Crisp when I was a kid) is almost 52% sugar. Honey Smacks (formerly Sugar Smacks) is over 55%. You would be better off feeding your kid a Snickers bar – it’s only 45% sugar.

There is a greater question here for anyone in business. Post isn’t the only company doing this. General Mills sells cereal with Reese’s Peanut Butter Cups on the front. I refuse to believe that the folks at Post or General Mills don’t have an understanding that what they’re selling is fostering an epidemic. It’s easy for them to shrug their shoulders and say “well, responsible parents will let their kids eat this only in moderation.” So why change the names of the aforementioned cereals to delete “sugar? Why isn’t the nutritional information for Reese’s Puffs on the General Mills website? These are dangerous products, folks, and they raise the greater business question. Should we make products that we know are doing great harm? Just because we can do something, should we? Isn’t it possible to sell the healthier alternatives you already make to kids and stop pushing something that you know puts these kids on the road to diabetes?

It doesn’t have to be that way. When scientists discovered a hole in the ozone layer and attributed it to the use of CFC’s, many companies that used CFC’s as the propellant in their spray products changed to something else. The products are less dangerous and the hole is healing. Having a conscience to go along with having a bottom line isn’t inconsistent nor bad business. It’s quite the opposite. Selling kids bowls of sugar under the guise of “making your day better” really is a sad way to make a buck, don’t you think?