A little good news for a change emerging from all of the silliness that is the Ice Bucket Challenge: 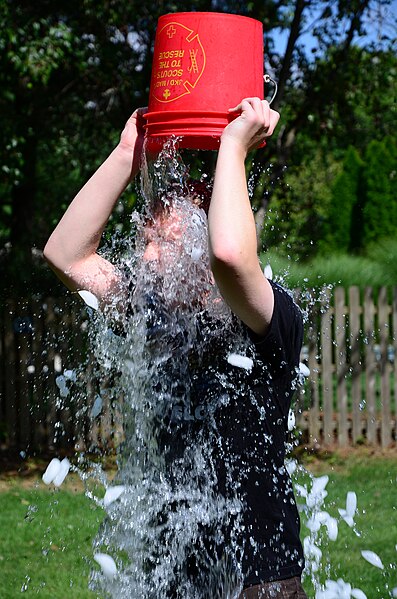 As of Wednesday, August 27, The ALS Association has received $94.3 million in donations compared to $2.7 million during the same time period last year (July 29 to August 27). These donations have come from existing donors and 2.1 million new donors.

Having known people who’ve suffered with this horrible disease (as well as being a lifelong Yankee fan and admirer of the Iron Horse),  working to beat it is a worthy cause.  That said, there are a few things which we can take away from the videos of the last month which might be instructive in our own business endeavors.

First, let’s think about lemmings.  We humans often behave collectively, like lemmings. Once the pack starts in a particular direction, particularly one that seems appealing, many people just go along.  I’m not sure many of the folks who have participated in the meme gave a lot of thought to where the money was going.  I mean, who looked up the ALS Association’s records?  How much are officers paid?  How much do they pay for fundraising?  What are their lobbying expenses?  Most importantly, how much of the money they receive actually goes to grants and research?

As it turns out (yes I looked it up), they’re a very fine organization on all those counts (you can read it here).  The point is that once something reaches a critical mass, many people will participate even if it’s only due to Fear Of Missing Out, without digging too deeply into the thinking.  In this case, everyone from kids (who I doubt understand the disease) all the way to former presidents went along.

That raises point 2.  How to reach that critical mass.  This challenge happened almost entirely via social media, specifically Facebook.  I think it’s a seminal moment and points out how media has changed.  What implications does it have for marketing?  The big one, besides the use of “new” media to activate a consumer base, is that organic growth bests anything we can manufacture.  The ALS Foundation didn’t start this – a consumer did.  How do we get our influencer bases to do the same?

We can enjoy the silliness of the Ice Bucket Challenge in the face of a horrible disease.  We can learn from it too.  That’s my take.  Yours?